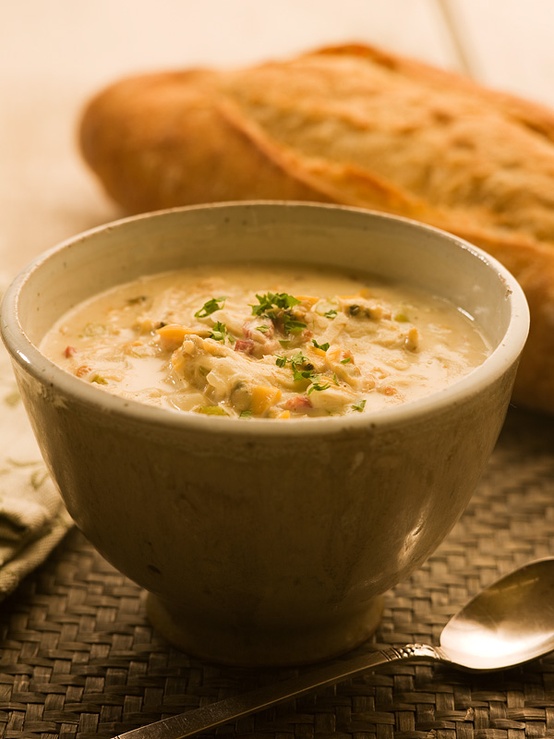 Toss the bacon pieces into a thick-bottomed stockpot with a splash of water. By adding water to the raw bacon you’re less likely to burn it as it gradually releases its fat and browns evenly.

Stir over medium-high heat until the bacon crisps nicely.

Pour off most of the fat. Add another splash of water to loosen the flavourful bits on the bottom and then add the onions and celery. Sauté them for a few minutes until they soften and smell great.

Add the white wine, cream, milk, clam meat, grated potato and the bay and thyme leaves. Bring the mixture to a slow simmer, stirring frequently. Turn the heat down a notch or two and continue simmering until the grated potato softens, releasing its starches and thickening the chowder, about 20 minutes. (A baking potato is the best choice for thickening the chowder because its high-starch, low-moisture flesh dissolves so easily.)

Add the evaporated (or regular milk) and continue stirring until it’s heated through. Taste the chowder and season it well with salt and pepper. Stir in the parsley and serve immediately. If you like, this chowder can be made a day or two in advance and then reheated. Its flavour actually gets better when it rests overnight.