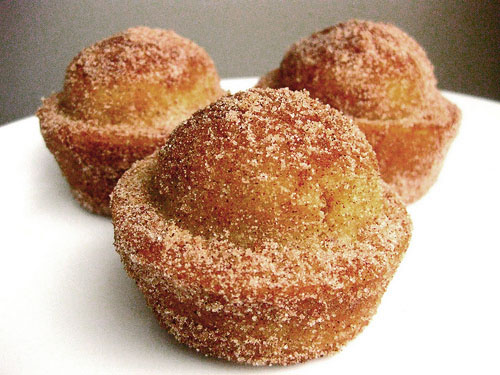 For the Cinnamon Sugar Topping:

Preheat the oven to 350º. Whisk together the flour, baking powder, salt, nutmeg, and cinnamon.

Add dry ingredients and stir only to combine.

Coat your muffin pan well with nonstick cooking spray and divide the batter evenly among the cups.

Run a knife around the sides of the muffin and shake them out of the pan while still hot.

Melt the butter in a bowl.

Combine the white sugar with the cinnamon in another bowl.

Dip muffins in butter, then into the sugar/cinnamon mix. Let cool. Eat immediately.